A picture tells a thousand words, so they say, so these are screenshots of the type of information you’ll receive for every tournament still on the regular ATP Tour calendar: 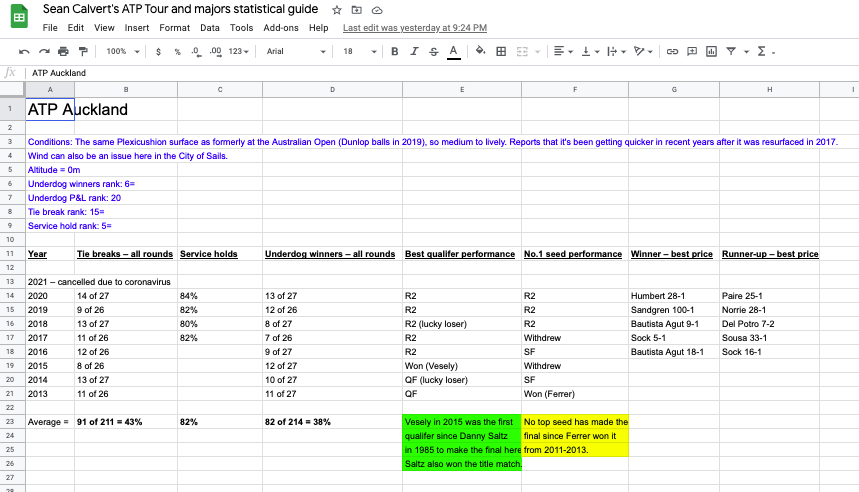 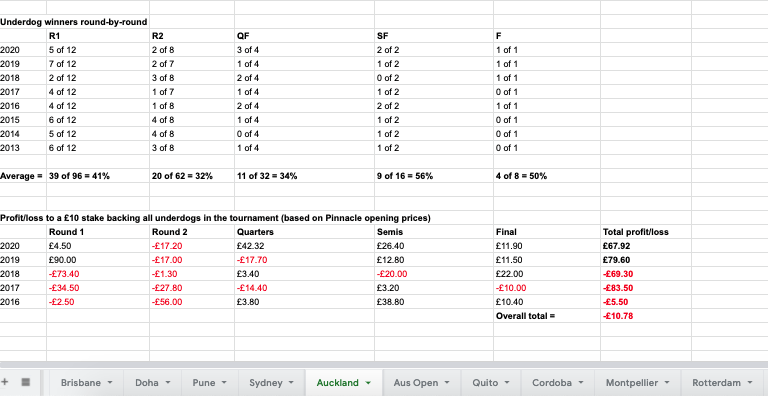 Find out which tournaments, or specific rounds of tournaments, you’d have made a profit in had you backed all of the underdogs in that event and see which are the events to avoid as an underdog backer. 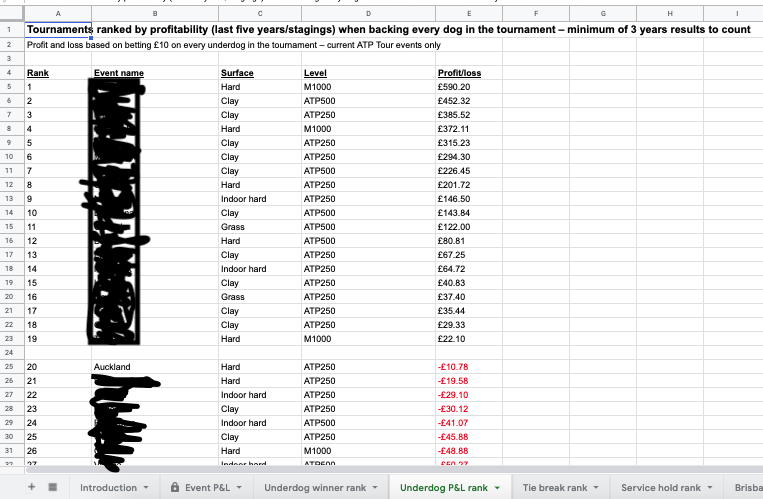 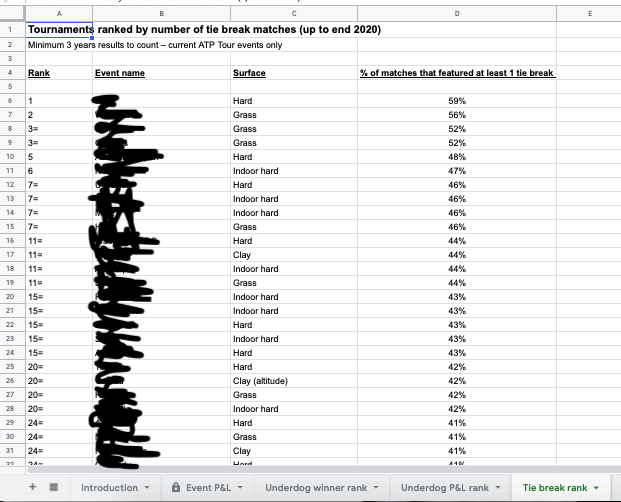 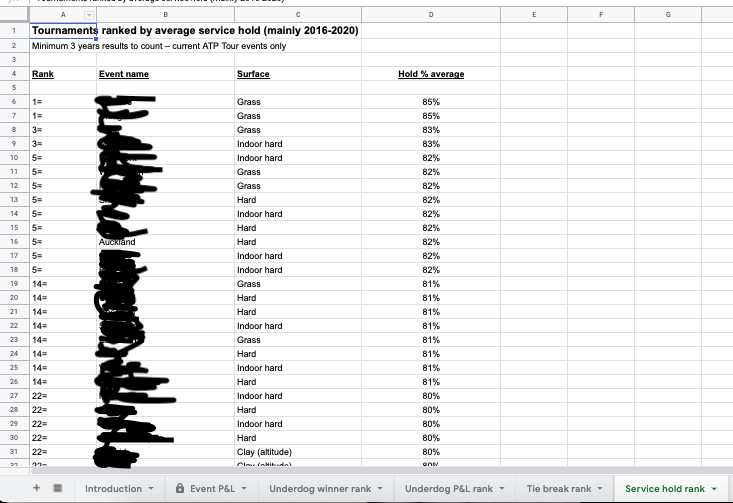 All of this, plus my updated profit and loss breakdown by tournament week for the last eight years, can be yours for just £30, for which you’ll receive a PDF version and an Excel version of the guide within 24 hours (usually within a few hours) of payment being received. PayPal button below…

As far as the 2021 season is concerned, big changes are afoot, with the end of my association with Unibet and the start of an exciting new era in which I’ll be able to choose bets from a full range of bookies, rather than just one, for the first time ever!

I assume I’ll also be covering majors and maybe some other tournaments for CBS SportsLine in the US, too.

Given the ever-changing state of the tour at the moment this might change and I’m sure there’ll be a few weeks (most likely during the clay swing, if there is one) that I won’t do at all, but that’s all TBC at the moment.

The truncated 2020 season saw us scrape a tiny profit (some effort considering all the outright final/semi final losers we had to endure) which was the eight year in a row that we ended the season in the black figures and hopefully that will continue in 2021.

As ever, thanks for following and have a great Christmas and New Year!